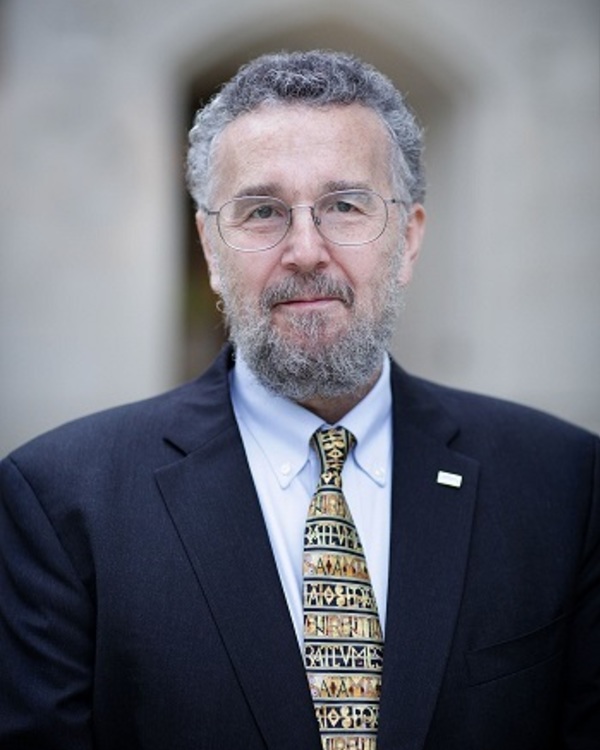 Don Howard is the former director and a Fellow of the University of Notre Dame’s Reilly Center for Science, Technology, and Values, where he now functions as co-director of the center’s ethics of emerging technologies focus area. He holds a permanent appointment as a Professor in the Department of Philosophy. With a first degree in physics (B.Sc., Lyman Briggs College, Michigan State University, 1971), Howard went on to obtain both an M.A. (1973) and a Ph.D. (1979) in philosophy from Boston University, where he specialized in philosophy of physics under the direction of Abner Shimony.

A Fellow of the American Physical Society, Past Chair of APS’s Forum on the History of Physics, and current Chair of its Committee on International Freedom of Scientists, Howard is an internationally recognized expert on the history and philosophy of modern physics, especially the work of Einstein and Bohr. He served as Assistant Editor and Contributing Editor for The Collected Papers of Albert Einstein (Princeton University Press), and is Co-Editor of the Einstein Studies series (Springer). His video/audio lecture series, Albert Einstein: Physicist, Philosopher, Humanitarian, is available from The Great Courses, and a collection of his essays on Einstein is in preparation for the University of Chicago Press. Howard is also the co-founder (1990) of the International Society for the History of Philosophy of Science and was the founding co-editor of its journal, HOPOS (University of Chicago Press).

Howard has been writing and teaching about the ethics of science and technology for many years. Co-editor of the collection, The Challenge of the Social and the Pressure of Practice: Science and Values Revisited (University of Pittsburgh Press), Howard has led NSF-funded workshops on science and ethics at Notre Dame for physics REU students, is currently the lead PI on an NSF-EESE research ethics grant, and has taught courses on topics ranging from the moral choices of atomic scientists during World War II and the Cold War, to the ethics of emerging weapons technologies and robot ethics. He also serves as the Secretary of the International Society for Military Ethics. Among his current research interests are ethical and legal issues in cyberconflict and cybersecurity as well as the ethics of autonomous systems. His paper, “Virtue in Cyberconflict,” was published in 2014 in the volume, Ethics of Information Warfare (Springer), and his essay on “Civic Virtue and Cybersecurity” will soon appear in the volume, The Nature of Peace and the Morality of Armed Conflict (Palgrave Macmillan). His editorials on technology ethics have appeared in the Wall Street Journal, on CNN, at InsideSources, and in other venues.

“Einstein the Theologian.” In Angelic Motions, Evil Geniuses, and Explanations: The Theological and Philosophical Backdrop to the Development of the Sciences (1600-2000). Flavia Marcacci and Paul Allen, eds. (Volume under review for publication in Brill’s Philosophical Studies in Science and Religion series.)

“The Philosopher Physicists: Albert Einstein and Philipp Frank.” In Logical Empiricism and the Physical Sciences: From Philosophy of Nature to Philosophy of Physics. Sebastian Lutz and Adam Tamas Tuboly, eds. New York: Routledge, 2021, 121-156.

“A Philosopher's Field Guide to Talking with Engineers.” In Philosophy for the Real World: An Introduction to Field Philosophy with Case Studies and Practical Strategies. Evelyn Brister and Robert Frodeman, eds. Abingdon, England: Routledge, 2020, 209-221.