The Philosophy and Physics of Noether's Theorems

2018 brings with it the centenary of a major milestone in mathematical physics: the publication of Amalie ("Emmy") Noether's theorems relating symmetry and physical quantities, which continue to be a font of inspiration for "symmetry arguments" in physics, and for the interpretation of symmetry within philosophy.

In order to celebrate Noether's legacy, the University of Notre Dame and the LSE Centre for Philosophy of Natural and Social Sciences are co-organizing a conference that will bring together leading mathematicians, physicists, and philosophers of physics in order to discuss the enduring impact of Noether's work.

"My methods are really methods of working and thinking; this is why they have crept in everywhere anonymously."

We invite submissions to present a poster on Noether's Theorems and their relationship with any area of physics, mathematics, and philosophy. Submissions should be accompanied by a short abstract (less than 1000 words), on the basis of which posters will be selected. Posters should be in a standard (A0 or 48"x36") format. Deadline: 1 August, 2018

To get there, exit the Charing Cross underground station and walk down the Strand to Suffolk Street. Go North on Suffolk St; Fischer Hall is one block up on the right at the corner of Suffolk Place.

The conference room in Fischer Hall is wheelchair accessible. Participants who would like to plan an accessible visit can write to Brian Klue, Director of Facilities.

Details about the conference hotel location to be announced soon.

There are convenient child care services near Fischer Hall, available via The London School of Economics. Information and daily fees are available on their website.

Amalie (Emmy) Noether was born in Erlangen in 1882. Although women were not allowed to pursue university study in Germany at the time, in 1900 Noether was given special permission to study mathematics at the University of Erlangen, and passed her examinations in 1903. She defended a thesis on invariants of biquadratic forms under Paul Gordan in December of 1907.

In 1915, already with several impressive papers published, Noether was invited by Felix Klein and David Hilbert to come to work at the prestigious Mathematical Institute in Göttingen. There is an infamous report of this experience, described here by her nephew Gottfried Noether (1983, Springer-Verlag, pg.136):

Having called Emmy Noether to Göttingen, Hilbert and other mathematicians wanted a regular faculty appointment for her, or, at the very least, that she be allowed to get the Habititation and thus become a Privatdozent. But permission for the Habititation had to be obtained by vote of the entire philosophy faculty, in which were included not only scientists and mathematicians, but also philosophers, philologists, and historians, most of whom were unswervingly opposed to permitting a woman to try for the Habitilation.... Opponents asked:

"I do not see that the sex of the candidate is an argument against her admission as a Privatdozent. After all, the University Senate is not a bathhouse."

Despite all the arguments advanced by the mathematicians, the faculty rebuffed the nomination. Hilbert finally solved the issue by having Emmy Noether lecture in his stead. In fact, the catalog for the winter semester of 1916-1917 at Göttingen contains the following entry: 'Mathematical physics seminar: Professor Hilbert. with the assistance of Dr. E. Noether, Mondays, from 4-6, no tuition.'

Noether quickly became a leading figure among the Göttingen mathematicians, where her students were often referred to as "Noether's Boys". Natalie Angier reports of her:

Noether lived for math and cared nothing for housework or possessions, and if her long, unruly hair began falling from its pins as she talked excitedly about math, she let it fall. She laughed often and in photos is always smiling.

In 1918, at the end of the war and of the monarchy in Germany, Noether published the famous "Noether theorems". She also published seminal work on algebraic invariants and on the inverse Galois problem. She was finally awarded a Habilitation in June of 1919, but in spite of her growing fame, she continued to work for years at the university without pay, before finally being awarded a small stipend. In the 1920's Noether turned to work on ring theory and topology, and later to representation theory. In 1932 Noether received the Alfred Ackermann-Tebner Memorial Prize for the Advancement of Mathematical Knowledge.

Noether's career at Göttingen ended with the Nazi purge of the German university system. Bernhard Rust is famously said to have asked Hilbert after this event, "How is mathematics at Göttingen, now that it is free from the Jewish influence?" Hilbert replied, "There is no mathematics in Göttingen anymore."

Emmy Noether escaped to the United States, where she took up a position at the women's liberal arts college Bryn Mawr. In 1935, at the age of 53, Noether died of complications following ovarian surgery. Her work remains one of the most influential legacies in twentieth century mathematics and physics. In his obituary for Emmy Noether in The New York times, Einstein wrote:

In the judgment of the most competent living mathematicians, Fräulein Noether was the most significant creative mathematical genius thus far produced since the higher education of women began. In the realm of algebra, in which the most gifted mathematicians have been busy for centuries, she discovered methods which have proved of enormous importance in the development of the present-day younger generation of mathematicians.

Her work continues to retain its remarkable importance and relevance to this day.

John Baez, 'Getting to the bottom of Noether's first theorem'

In her paper of 1918, Noether's first theorem relating symmetries and conserved quantities was formulated in term of Lagrangian mechanics. But if we want to make the essence of this relation seem as self-evident as possible, we can turn to a formulation in term of Poisson brackets, which generalizes easily to quantum mechanics using commutators. This approach also gives a version of Noether's theorem for Markov processes. The key question then becomes: when, and why, do observables generate one-parameter groups of transformations? This question sheds light on why complex numbers show up in quantum mechanics.

Jeremy Butterfield, 'On Symmetry and Duality'

I will begin by reviewing Noether's `first' theorem, in elementary terms. Then I will turn to how an account of duality advocated by De Haro and myself relates to the topic of symmetries. The basic idea of our account is that dual physical theories are isomorphic representations of a common core, which is itself a theory. I will expound how this account relates to symmetries. The main point will be that the distinction between the common core and the dual theories prompts a distinction between three kinds of symmetry: which we call `stipulated', `accidental' and `proper'.

I will discuss the role Noether theorem plays in Lagrangian Field theory, starting from classical field theory then moving on to quantum field theory, gauge theories and supersymmetry. I will show the importance of the symmetries and the Noether current in building a consistent theory.

After reviewing some of the consequences of Noether's theorem in general relativity, in particular the existence of various energy-momentum pseudo-tensors, I will review the definition of the holographic stress-energy tensor in gauge-gravity dualities, in connection with those ambiguities.

Ruth Gregory, 'Nature and Noether: The fundamental role of symmetry in physics'

Although primarily a pure mathematician, Noether's theorems, or more importantly the underlying insight they yield, have had far-reaching impact in theoretical physics and the way we approach it. I will discuss the impact of symmetry, and Noether, in high energy physics and gravity.

This talk aims at sketching the contents of Noether's article, 'Invariante Variationsprobleme', published in the Göttingen Nachrichten in 1918, against the background of the work of her predecessors and in the context of the question of energy conservation that had arisen in the general theory of relativity. How original, how modern, how influential were her results? I shall comment on the curious transmission and later recognition of the wide applicability of the Noether theorems.

Noether's celebrated two theorems connect variational symmetries with conservation laws and differential identities satisfied by the Euler-Lagrange equations.  In this talk I would like to concentrate on an underappreciated but nevertheless additional fundamental contribution of her foundational paper — the notion of a generalized symmetry that, a half century later, reappears in the modern theory of integrable systems.

Laurent Freidel, 'The boundary between gauge and symmetry'

The purpose of this talk is to show that once again Noether’s theorems are at the forefront of our modern understanding of physics.  I will review how Noether theorems and analysis allows us to distinguish two notions of symmetry in field theories: gauge transformations labelling redundancy of the description and global symmetry labelling equivalent but different states of the system. I will also review how in the presence of boundaries and corners this distinction is not what it seems and we will present what is the modern understanding of the difference between gauge and symmetry in the presence of boundaries. This will allow us to discuss whether gauge symmetry is really just a redundancy of our description or something more fundamental?  This will also allow to discuss the elusive nature of edge modes and I will show how this new understanding  help resolve some of the key questions in physics such as: Do Black Hole have hairs? Is the vacuum unique in relativistic theory? Are there infrared divergences? What is the nature of entanglement in gauge theories?

Kasia Rejzner, 'From Noether theorems to BV quantization and beyond'

In this talk I will explain how the beautiful results of Emmy Noether lead to a general framework for quantization of theories with local symmetries that goes under the name of BV (Batalin-Vilkoviski) quantization. In recent years, this framework has been successfully incorporated into the mathematically rigorous approach to foundations of QFT called perturbative algebraic quantum field theory (pAQFT). This leads to numerous applications, including effective quantum gravity and better understanding of links between Lorentzian and Euclidean description of QFT.

Robert Spekkens, 'A generalization of Noether's theorem and the information-theoretic approach to the study of symmetric dynamics'

Construed broadly, Noether's theorem asserts that every symmetry of the dynamics implies a conservation law, both classically and quantumly.  It is, however, deficient in several respects: (i) it is not applicable to quantum dynamics wherein the system interacts with an environment, and (ii) even in the case where the system is isolated, if the quantum state is mixed then the Noether conservation laws do not capture all of the consequences of the symmetries. To address these deficiencies, we introduce measures of the extent to which a quantum state breaks a symmetry. Such “asymmetry measures" yield novel constraints on state transitions: for nonisolated systems, they cannot increase, while for isolated systems they are conserved. We demonstrate that the problem of finding nontrivial asymmetry measures can be solved using the tools of quantum information theory.  The nonincrease of asymmetry measures under symmetric dynamics can be understood as a quantitative version of Curie’s principle (which asserts that every asymmetry in an effect must be found in its cause).  Finally, because the collapse induced by a quantum measurement appears to be able to map a symmetric state to one that breaks the symmetry, it appears at first glance to contradict this principle.  However, we show how the information-theoretic perspective on asymmetry resolves the apparent paradox. (Joint work with Iman Marvian.  Based on Nature Communications 5, 3821 (2014).

Institute for Scholarship in the Liberal Arts

LSE Centre for Philosophy of Natural and Social Sciences 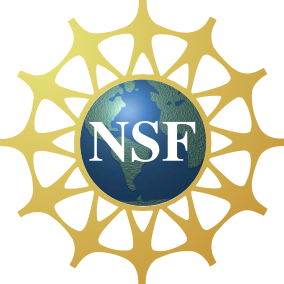