Ross Jensen will be giving the last Grad Student Colloquium Talk of the semester on April 17th, 2019. His talk is titled "Politics is not Always All About Power". Pizza provided! 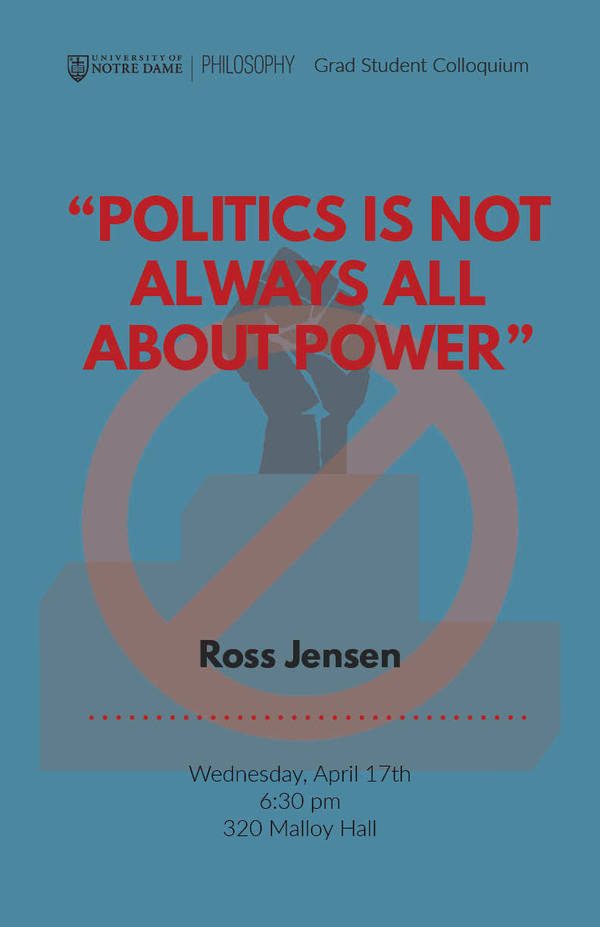