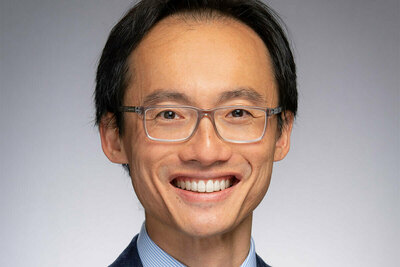 With support from two major research grants, Notre Dame associate professor of philosophy Nicholas Teh has been exploring new ideas in symmetry for philosophy and physics.

Teh is collaborating with James Read, an associate professor of philosophy at the University of Oxford, on a project called Re-fashioning Galileo's Ship: A Philosophy of Symmetry for the 21st Century. The study is funded by a $383,000 grant from the National Science Foundation and a $230,000 grant from the John Templeton Foundation.

The project is the latest in Teh’s efforts to pursue research at the intersection of science, philosophy, and mathematics. He’s particularly interested in applying philosophical principles to the work of scientists and engineers, offering conclusions and insights that can help them improve their understanding of the foundations of their research.

Galileo theorized 400 years ago that an object dropped from the mast of a ship would strike directly below the mast whether the ship was stationary or moving at a steady rate, thus showing that some changes in conditions don’t change anything.

“This was the first philosophical thought experiment concerning symmetry that linked the idea of symmetry with undetectability,” Teh said. “Since then, in both philosophy and physics, symmetry has been used as a guide in what we might be able to observe in certain situations and how we might go about constructing and expanding physical theory.”

The concept is also of interest to physicists, Teh said, as it has helped them generate new theories about what can and cannot be observed. The goal of Teh’s project is to connect the concept to more sophisticated theories, such as Albert Einstein’s ideas about general relativity.

“What we hope to show is that these ideas of Galileo don’t disappear. They are reincarnated in different ways, but it’s still that same basic philosophical idea that’s getting used all the time, even in these sophisticated theories. That’s valuable in telling a coherent conceptual story about physics to the public.”

The project, aspects of which are also supported by a Faculty Research Support Program grant from Notre Dame Research, will provide a historical perspective by exploring the connection to deep conceptual issues raised by Einstein, Emmy Noether, and Felix Klein, with an emphasis on Noether’s theorems, which connects symmetry with the idea of physical law. In particular, Teh said it is only now that physicists and philosophers are beginning to fully reckon with Noether’s theorems.

Teh, who is also a faculty affiliate with the Reilly Center for Science, Technology, and Values, previously received a National Science Foundation grant to study the mathematical language used to represent observations and explore the historical and philosophical development of the concept of observables in quantum physics.

The “synergistic investigation” at Notre Dame and Oxford, Teh said, will be collaborative with the goal of producing research papers that will be submitted to top physics and philosophy journals. The researchers also hope the results will be incorporated into educational programs at the graduate and undergraduate levels of education as well as in grades kindergarten through high school.

“What we hope to show is that these ideas of Galileo don’t disappear. They are reincarnated in different ways, but it’s still that same basic philosophical idea that’s getting used all the time, even in these sophisticated theories,” Teh said. “That’s valuable in telling a coherent conceptual story about physics to the public.”

Originally published by Josh Weinhold at al.nd.edu on March 10, 2022.