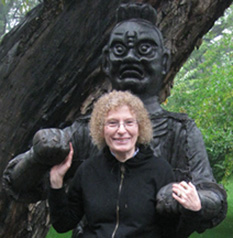 Prof. Janet Kourany has been selected as the second recipient of the Gender Studies Program’s Marian Mullin Hancock Teaching Award.

“Dr. Kourany’s students described her as a “generous and dedicated mentor” who expresses a genuine interest in her students and cares for them “both in the classroom and outside of it.” Students wrote that her classes – on topics of feminist philosophy of science and feminist epistemology, as well as the philosophy of gender and sexual difference itself – were “extremely unique, captivating, and well thought out.” She is one of the “strongest and most innovative teachers” in her department.  Her former students also noted how challenging Dr. Kourany’s courses are. One student described the specific approach that they felt made Dr. Kourany such a phenomenal professor:  “We never knew the nature of her philosophical commitments. She constantly assumed a contrary position to serve the foil for one’s claim, which shifted the focus away from trying to provide the ‘right’ answer and toward a more comprehensive understanding of one’s own argument.”