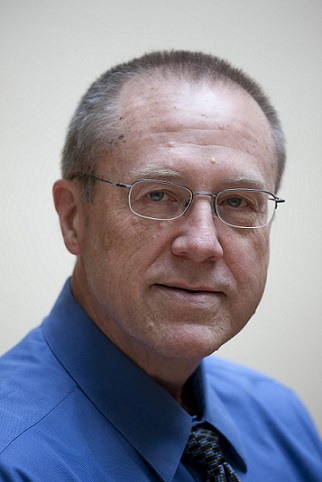 It is with great sadness that we announce that our friend and colleague Mic Detlefsen passed away on October 21.  Mic had been on the faculty of the Notre Dame Philosophy Department since 1983, and since 1990 had held the McMahon-Hank Chair of Philosophy. Mic also had appointments in recent years at the University of Paris and the University of Nancy, and earlier visiting appointments at the College de France, Konstanz,  and Split (Croatia). He received the honor of appointment as Senior Chaire d'Excellence from the Agence National de  la Recherche (France) from 2007-2011. At Notre Dame, Mic received the University Research Achievement Award in 2016, and the James A. Burns C.S.C. award for distinction in graduate education.

Mic's prodigious research publications focused on the history and philosophy of mathematics and logic, and he is perhaps best known for his scholarship on the foundational work of David Hilbert. His contributions to the scholarly community include long-time editing the Notre Dame Journal of Formal Logic, along with editorial work for many other journals and volumes; organizing the Midwest Phil Math Workshop at Notre Dame, serving as founding president of the Philosophy of Mathematics Association, and nearly-uncountably many other functions of service to the community.  Mic was especially pleased to be able to work with younger scholars, and the philosophy of mathematics community owes a good deal to the work of people taught, mentored, and supervised by Mic.

Mic was a kind and gentle man, a generous colleague, and an inspirational mentor. We feel his loss deeply.

Visitation will take place on Saturday, October 26th, from 5-7pm, at the McGann Hay Granger Chapel, 13260 State Road 23 at Cherry Road, Granger, Indiana.  Services will be held at 3:00pm on Sunday, October 27th at Church of the Savior, 1855 North Hickory, South Bend, Indiana.  Friends may visit with the family one hour prior to the service.

In Lieu of flowers, memorial contributions may be sent to the charity of your choice.