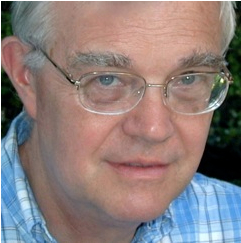 Gary Gutting was best known for his work on French philosophy, for co-founding and co-editing Notre Dame Philosophical Reviews and for his many thoughtful contributions to The Stone.  But he was a philosopher of remarkable range, an accomplished teacher at all levels, and a departmental administrator of force and vision.

Gary was a product of the doctoral program at Saint Louis University.  SLU, where Gary had also been an undergraduate, had what was then a great department committed to bringing a renewed Catholic philosophy into contact with modern developments in the discipline.  That vision was similar to what our own department was trying to to do under the chairmanship of Ernan McMullin and it is not surprising that we hired a couple of SLU products in the 1960's -- Neil Delaney and Gary.  Gary's own earliest work was in the philosophy of science.  I believe his earliest publications were in that area and he was still doing some work on it when I was an undergraduate at the end of the 1970's.

After finishing his work at SLU and before coming to Notre Dame, Gary held a Fulbright fellowship at Louvain, which I believe in those days had strength in philosophy of science.  I believe it was while Gary held his fellowship there that his wife Stacie, whom he had met when both were undergraduates, first studied Continental cooking.  That was an art at which she became very accomplished.  The two of them pursued their shared love of good food and good wine for the rest of what must have been a 50-year marriage.

Gary also worked on philosophy of religion and on what he called "pragmatic liberalism" before turning his attention to French philosophy. One of Gary's greatest intellectual gifts was an ability clearly to see and convey what ideas and lines of thought were essential to the views of even very difficult philosophers.  This, I believe, is why was so able and valuable a critic and expositor of French thinkers who can seem almost opaque.

The same gifts made him what Fred Freddoso once called "a naturally good teacher".  When he received the Madden Award for Outstanding Teaching of Freshmen in 2007, I wrote:

“His willingness to build his lectures around the questions [his students] submit [by email] gives students a remarkable amount of responsibility for their own education, and represents “student-centered learning” at its best.  His research interests run from philosophy of science and the philosophy of religion to contemporary Continental philosophy.  He is at ease discussing analytic philosophy and is, at the same time, an expert on the thought of the French philosopher Michel Foucault. Throughout his career, he has daringly tried to draw connections between seemingly disparate areas of philosophy, and to make the connections he sees eminently clear to the readers of his many highly regarded books.  As an author, he functions as both innovator and instructor, as someone who sees philosophical interest and power where others do not.  As a classroom teacher, he sees himself as his students’ ally in grappling with complexities of philosophical texts and problems.”

In his last years he was a valued instructor of the two-semester Humanities Seminar in the Honors Program.

Gary's dedication to the philosophy department and its advance were uncompromising.  He assumed chairmanship of the department after what had been a great deal of turnover and insisted on making quality appointments from the best programs.

Gary was, in the broadest sense, an intellectual. Fred Rush remembers him as “uncompromising”:

“His intellect was wide-ranging and passionate. Especially impressive to me was his willingness to engage philosophical matters "far afield," i.e. in various conceptual idioms. He was a cultured man, with distinctive and developed tastes in music, literature, painting, and wine. He struck me as being, under the gruff exterior, a romantic. He cared a great deal about the life of the mind (and of the senses); in short, he was an intellectual, not merely an academic."