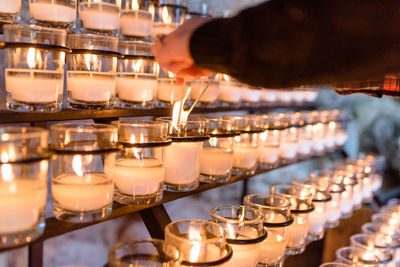 Written by Phillip Sloan, Program of Liberal Studies/Program in History and Philosophy of Science

I am honored to be asked to offer a few reflections on Edward Manier, a long-time colleague and friend who died on Thanksgiving Day. His general biographical details can readily be accessed through his detailed obituary available here. My remarks are to
detail more his professional interests and contributions to the history and philosophy of science.

I first became acquainted with Ed through his early articles in the philosophy of biology that I read before coming to Notre Dame in 1974. But I think my first meeting with him was not over philosophy, but rather at his table where he was registering people to vote in the upcoming elections at the annual meeting of the Philosophy of Science Association at Notre Dame in the fall of my first year. This was the Ed many came to know, one actively engaged in society, in Democratic politics, and in human betterment. Our conversations about issues in the philosophy of biology had to wait until another day.

When these conversations did commence over a beer at the Faculty Club sometime after that, we were able to share our similarly complex intellectual autobiographies and mutual interests in Darwin and evolutionary theory. Both of us had originally been trained in biology and chemistry and had initially moved ahead with careers related to this, Ed by going to medical school, me by studying biological oceanography. And then, for different reasons, we both decided on a risky career change to the study of philosophy, with both of us trained especially in the history of philosophy. His doctoral work with a dissertation (1961) on Leibniz’s philosophy of nature was completed under the famous James Collins at St. Louis University. This was the basis for his two earliest publications before his turn to the history and philosophy of biology with a paper “The Theory of Evolution as Personal Knowledge,” in Philosophy of Science in 1965.

Ed’s work on the young Darwin developed from an NEH fellowship that allowed him and his family to spend 1971-72 working in the Darwin archives at Cambridge. This was a period when many new Darwin materials were becoming available to scholars that eventually gave rise to the wave of critical editions of Darwin’s Notebooks, Correspondence, and initiated a new era of Darwin studies. These all moved our understanding of Darwin’s formation considerably behind the “Tradition of the Autobiography” that had defined so much of the understanding of the early Darwin. Ed was one of the first to explore this material in depth.

The book that eventually resulted from this work, The Young Darwin and his Cultural Circle, appeared in 1978 and received highly favorable reviews, with the most decisive one for me being the comment by the “Dean of Darwin studies” at Cambridge, the irascible Sydney Smith, who had spent his life presiding over the Darwin manuscripts and memorabilia at Cambridge. His comment was simply that it was “the best book on Darwin.” In this book Ed had worked on two levels. One was the situating of Darwin’s intellectual formation within a wider social circle of intercommunicating naturalists and philosophers of his time. This concern with a “correspondence network” moved Darwin out of the familiar circle of British natural history and into a wider discussion of Scottish and British intellectuals. It also developed some of his wider relation to the medical world of the period.

While much of this picture has subsequently become common knowledge, Ed was a real pioneer in developing this new picture of the founder of modern evolutionary theory. In this book he also carried out important studies of the Darwin Notebooks, and especially the “metaphysical” Notebooks that explored mind-body relations and the issue of mental powers. These were indications of directions his later scholarship was to pursue. In 1985, and generally at Ed’s instigation, he, Thomas Parisi of St. Mary’s College, Notre Dame, and myself organized the second international gathering of historians, sociologists, philosophers and life sciences at St. Mary’s College in June of 1985, the meeting that became the effective founding meeting of the now multinational society, the International Society for the History, Philosophy and Social Studies of Biology (ISHPSSB).

Ed’s work on Darwin and his concern with the relation of mind of body in Darwin’s Notebooks seems to explain the genesis of Ed’s deep interest in modern neuroscience that otherwise may seem disconnected from his earlier work. There are themes in this direction in his Darwin book, but only when preparing this writeup did I discover a paper by Ed from 1983, “Darwin, sociobiologie, et l’étude du cerveau,” presented at the French international conference on the centenary of the death of Darwin in 1982, that connects these dots. Ed spent 1984-85 as a Visiting Scholar interacting with the work of the Eric Kandell laboratory at the Center for Neurobiology and Behavior at Columbia University. This was the heyday of the work of Bruno Latour and Steven Woolgar, who initiated the anthropological study of the practice of laboratory life and the “construction” of scientific facts. This led to his summer course in 1989 at Woods Hole Oceanographic Institute on the History of Neurobiology and Behavior. Ed then organized a major John J. Reilly Center Conference in March of 1992, “Neurobiology and Narrative: Explanation in Neurobiology, Psychiatry and Psychology,” that brought together leading philosophers and scientists concerned with the interaction of new molecular biological approaches to consciousness with philosophy and psychiatry. Ed was also co-organizer with me in putting together the 1995 Reilly Conference on the Human Genome Project, one of the early conferences that brought together scientists, ethicists, philosophers, theologians and historians to look at the coming developments in the world of human genetics (Controlling our Destinies, Notre Dame, 2000).

In the Spring of 1996, were able to explore some of these common interests together in a team-taught HPS graduate course, “The Darwinian Revolution.” There I was exposed to Ed’s meticulous teaching style, which was developed with extensive 9-point font, single-spaced discussions of the readings distributed in advance. We had different teaching styles that did not always cohere, but I think the students gained many new insights from this course and it was a great experience for me to interact with him in this way and see how he was putting issues together.

With his technical background and concern with the inner workings of contemporary science, Ed often seemed more at home with scientists like his close friend, Notre Dame biologist Harvey Bender, than with philosophers. He was Secretary for Section L of the American Association for the Advancement of Science from 1989-96. There I had opportunities to interact with him at these meetings and attend events he organized. I also learned at one of these meetings in the mid-1990s about his love of music, with an evening at the AAAS meeting in Baltimore that was followed by a concert we attended together by the great Bach interpreter Richard Goode, concluding with a beer in a small jazz club listening to renditions of tunes by Thelonius Monk.

Upon his retirement, which Ed kicked off in a unique way with a buffet dinner in the main observation box of the South Bend Cubs Stadium (he was a great baseball fan), Ed worked tirelessly with former prisoners. His fine obituary enabled me to understand why he had entered into this work. I know his care and concern for the disadvantaged had an important effect on the lives of several people with whom he worked as they tried to make that difficult transition back into society. But even in retirement, his expertise was recognized by his invitation by the University of Unisinos in São Lepoldo Brazil in 2009 to deliver a major invited lecture on Darwin for the sesquicentennial conference celebrating Darwin’s birth in 1809, and the centenary of the publication of the Origin of Species. Due to health reasons, Ed could not attend in person, but the video of this impressive lecture can be seen here. This shows Ed still at the “top of his game,” delivering a comprehensive overview of Darwin’s formation, and detailing his work on the origin of species, his views on the relation of mind and body, and the implications of his work for such topics as evolutionary ethics.

I will miss Ed. I learned a great deal from him and he helped me in several ways in my own work as a young Notre Dame faculty member. He showed in many ways a commitment to the philosophical life and to the welfare of others that I will always remember. His last years were a time of gradual decline, but I was privileged to know Ed at the peak of his abilities and as a good friend.