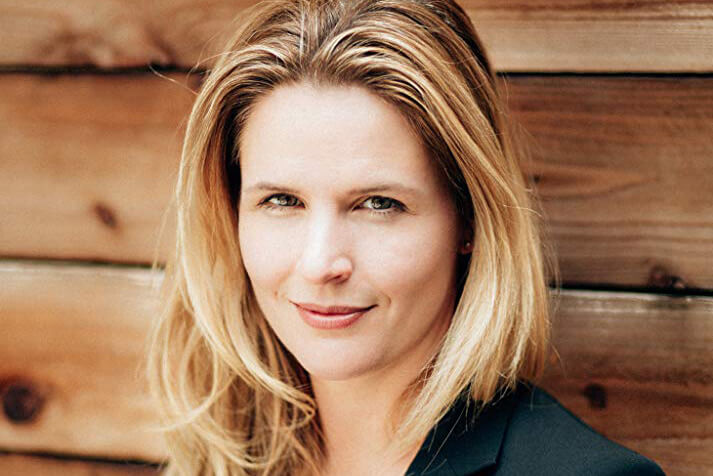 Anne Hamilton ’04 didn’t always know she wanted to be a filmmaker.

“I went to Notre Dame wanting to be a philosophy professor. That was my life plan,” said Hamilton, who majored in philosophy in the College of Arts and Letters.

Though she shifted away from plans to get a Ph.D. or become a lawyer, Hamilton said the study of philosophy and law has helped her tremendously as a filmmaker.

“Philosophy tests our intuitions about what the truth and good are, while the study of law trains you to argue both sides of a viewpoint,” Hamilton said. “I think great films do both of these things, and that’s what I’m looking for in what I direct — stories that challenge us to think differently about the world and ourselves.”

Now, Hamilton is one of Hollywood’s up-and-coming directors. She recently signed with William Morris Endeavor after the successful world premiere of American Fable, a feature film she wrote, directed, and co-produced. The film made its debut at the South by Southwest festival in Austin, Texas, in March and received a string of excellent reviews.

Set during the Midwest farm crisis of the 1980s, the fairy-tale thriller focuses on 11-year-old Gitty, who is faced with a dangerous choice when she discovers her father is holding a wealthy man for ransom in an abandoned silo.

“American Fable is a story of friendship and danger,” Hamilton said. “It tests the viewers’ concept of right and wrong and presents arguments for every character’s perspective, which makes it such a strong story.”

Now that Hamilton has proven her directing chops, she’s in demand. She has been handed a big pile of scripts to choose from in order to determine her next project.

“It’s really great to be a director. I get to read all these stories and imagine what I would do with them to make them come to life,” Hamilton said.

Moving forward, she wants to focus on telling stories with strong female leads.

“I want to make a female-driven Hitchcock-style thriller next,” Hamilton said. “I want to show that a movie can be big while having a strong woman at its core who isn’t a victim.”

The road to finding her calling in film was not a conventional or easy one. After graduating from Notre Dame, Hamilton was a philosophy graduate student at Stanford University, still planning on becoming a professor.

She then went to Yale Law School, but it was there that she felt the urge to become a director.

“I was working at a law firm over the summer and I wasn’t happy,” Hamilton said. “I knew I was interested in film, but didn’t know how to pursue it or where to start.”

A conversation with her sister eventually gave her the push she needed to take initiative in the film industry.

“She asked me point-blank what I wanted to do with my life and my career," she said, “and she really put the fire under me to go for my dreams.”

So Hamilton wrote a letter to Terrence Malick, the acclaimed director of one of her favorite movies, the war epic The Thin Red Line. With their shared backgrounds in philosophy, she thought they could make a valuable connection.

The communication led to Malick offering her an internship working on his next feature, the experimental drama The Tree of Life, which went on to win the Palme d’Or at the 2011 Cannes Film Festival and earn three Academy Award nominations, including best picture.

A few years later, Hamilton had written an original short screenplay and saved a small amount of money to enroll in a film program in Los Angeles. She dropped out of the program after the first week and instead used the money to bring her screenplay to life.

“So often we ask for permission to do things when really we should just go do them,” Hamilton said. “I’ve learned so much that way, by taking risks and figuring things out for myself.”

Hamilton hired a cinematographer and directed Death Artists, Inc., her first short film. The short was released in the 2013 Cannes Film Festival Short Film Corner, and its positive reception earned Hamilton one of eight coveted spots in the American Film Institute’s Directing Workshop for Women. It was there that she wrote the screenplay for American Fable.

“Everything really came together in that film for the first time,” Hamilton said. “I feel grateful and excited about what’s next.”

Originally published by Bianca Almada at al.nd.edu on May 23, 2016.