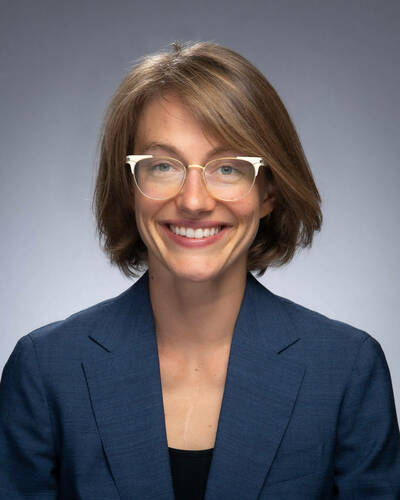 Dr. Laura Callahan received a 2-year career grant from the John Templeton Foundation for her project "Intellectual Humility and Oppression". The $585k funded project includes an interdisciplinary working group with psychologists, four fellows at the Center for Philosophy of Religion, and a capstone conference.

Founded in 1987, the John Templeton Foundation supports research and catalyzes conversations that inspire people with awe and wonder. We fund work on subjects ranging from black holes and evolution to creativity, forgiveness, and free will. We also encourage civil, informed dialogue among scientists, philosophers, theologians, and the public at large. Our aspiration is to help people create lives of meaning and purpose and to become a global catalyst for discoveries that contribute to human flourishing. With an endowment of $3.9 billion and annual giving of approximately $140 million, the Foundation ranks among the 25 largest grantmaking foundations in the United States. Headquartered outside Philadelphia, our philanthropic activities have engaged all major faith traditions and extended to more than 58 countries around the world.

The philosophers and psychologists advancing our theoretical understanding of intellectual humility (IH) often occupy positions of relative privilege. But this can be distorting. Our theoretical understanding of IH will be dangerously impoverished if we fail to consider the nature and value of IH for people occupying a wide array of social positions, including victims of marginalization and oppression - people bombarded with messages that they are ignorant or untrustworthy. Consider the victim of gaslighting, who has been systematically groomed to distrust her own memory of a troubling situation. Or the student from a historically marginalized group who receives subtle messages that their ideas not worth taking seriously. Or the Black patient who is not believed when she tries to report troublesome symptoms to her obstetrician. It is far from clear that IH would be good for such individuals. And if IH is indeed good even for them, perhaps we need a quite revisionary understanding of what IH really amounts to. The proposed project will address these underexplored Big Questions of whether IH is an inclusive virtue - i.e., an important virtue for all people, including victims of oppression – and how the experiences of victims of oppression should shape our theoretical understanding of IH and its appropriate cultivation. The project will directly generate significant scholarly work on these questions primarily in philosophy but also psychology, and it will also build and advance a community of scholars working on these questions bridging intradisciplinary divides (feminist philosophers vs. virtue epistemologists) as well as disciplinary ones (philosophy vs. psychology). Principal activities: (i) dedicated PI research, (ii) an interdisciplinary, philosophy/psychology working group and conference, (iii) a cohort of year-long fellows at the Center for Philosophy of Religion at Notre Dame, and (iv) a capstone conference engaging additional prominent philosophers.