A wine reception will follow the lecture in the Forum of Jenkins Nanovic Hall.

During the war years, Emmy Noether taught courses in Göttingen, though officially these had to be offered under Hilbert’s name. As is well known, she was denied the chance to habilitate in Göttingen until 1919, which prompted Einstein’s remark that “the troops returning from the field would have been done no harm were they sent to school under Fräulein Noether.” A Swiss student, Rudolf J. Humm, came to Göttingen hoping to become an expert on relativity. He took Hilbert’s courses, but he also heard talks by Noether and learned about her work on energy conservation in general relativity. After briefly describing Humm’s interactions with Hilbert, Noether, as well as Einstein, this talk will focus on Noether’s unpublished paper on energy conservation, which Humm transcribed in 1918. 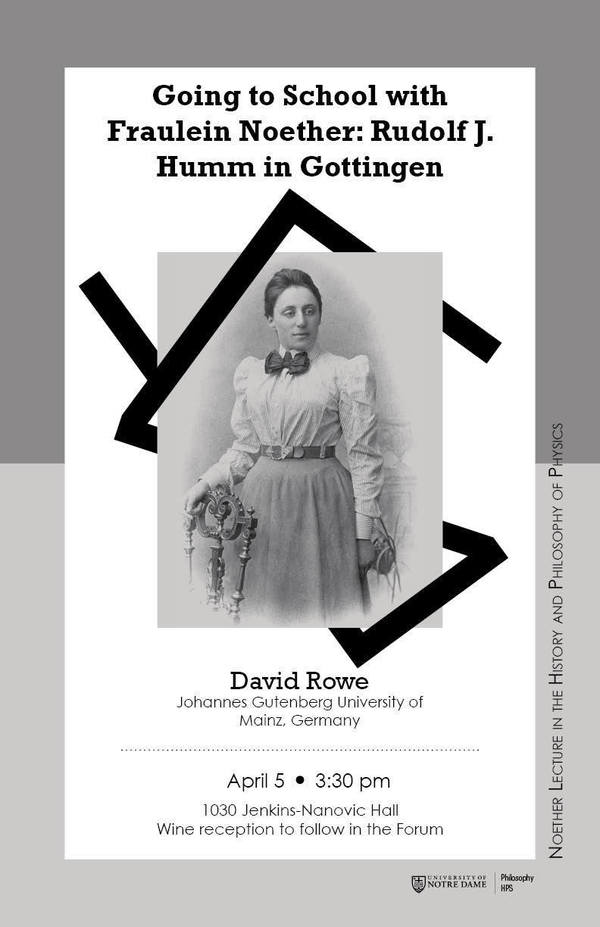