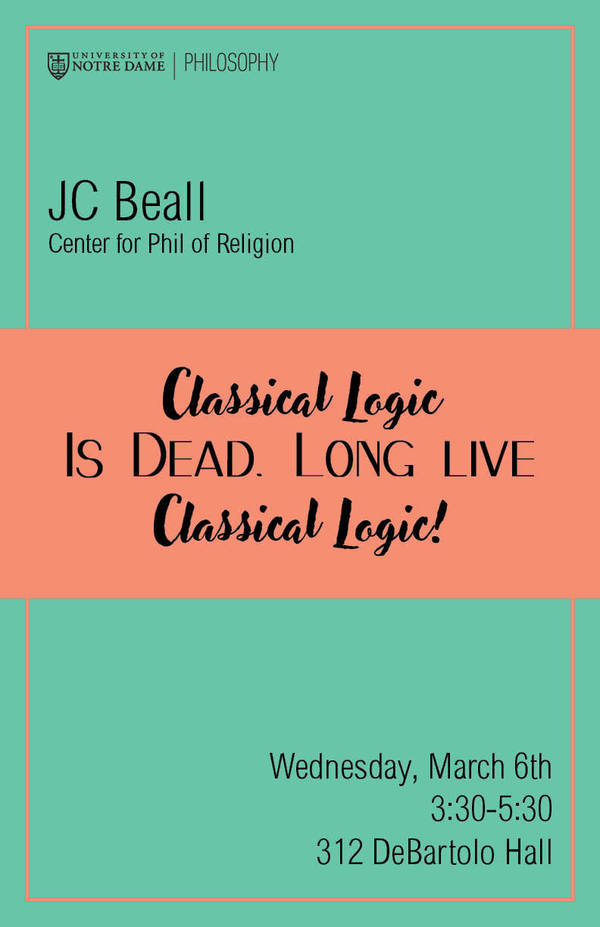 JC Beall will give a talk titled:"Classical logic is dead. Long live classical logic!" as part of our Colloquium Series on Wednesday, March 6, from 3:30-5:30 in 312 DeBartolo Hall.  More information on Dr. Beall can be found on his website.