March's first Friday will be our first outside speaker for a lunchtime talk! Paul Henne from Duke will be giving his talk, " An Explanation of the Omission Effect" on March 2nd from 12-1 in 220 Malloy Hall. For more info on Paul, please visit his website. 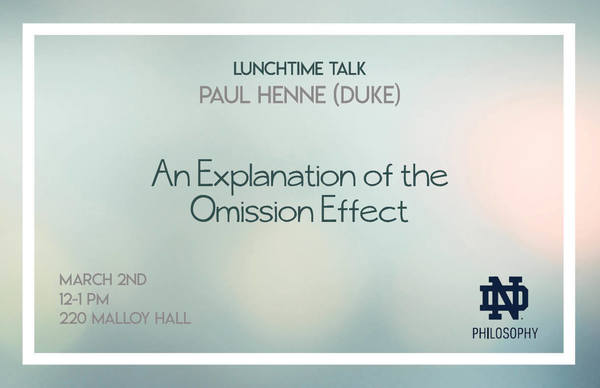