The last MAP event of the semester will be Notre Dame Philosophy Professor, Daniel Nolan, giving the talk titled "Temporary Marriage". Prof. Nolan's research interests include Metaphysics, Philosophy of Science, Philosophical Logic and Metaethics. The talk will be held December 6th at 6:30 pm in 215 Malloy Hall.

Parties to a temporary marriage agree in advance that their marriage will only last for a fixed period of time unless renewed:  that it will automatically expire after two years, for instance, or five, or twenty.  This paper defends the claim that temporary marriages deserve state recognition. The main argument for this is an application of a principle of marriage equality. Some other arguments for are also canvassed, including an argument from religious freedom, and a number of arguments against recognition are also discussed. The paper also discusses the question of whether such “temporary marriages” are in fact a kind of marriage, and defends the claim that they are, or would be, genuinely marriages. 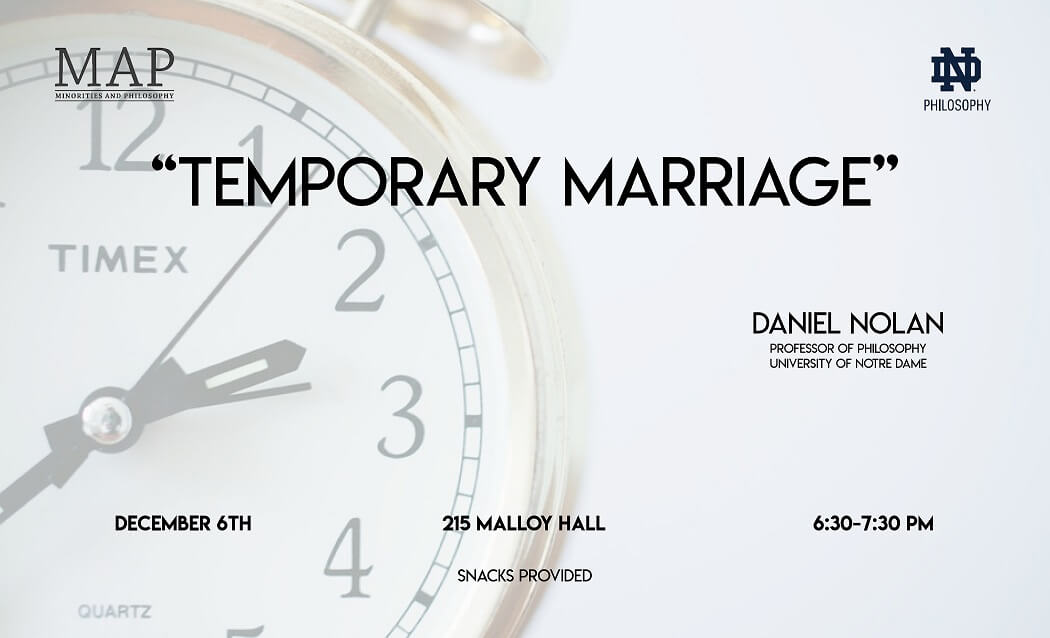